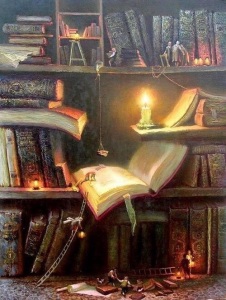 Minefield, it can be overwhelming and it can be perfectly simple.

There are a lot of aspects of the current way authors market their books that I simply don’t like. Mainly because it has been done to death. The repetitiveness of the activities leaves me to do only one thing and move on and not bother with the book. I am first and foremost a reader. If the only people recommending the book is the author or marketing team what does that say about the book. Are readers actually reading it?

The dilemma is, do I join in because it’s the norm or make my own path? I was criticised  a week or so ago because I refused to take part in a blog tour, even though I have a novel and a short story eBook released. I didn’t get a chance to explain that my work life and home life doesn’t allow me to commit in advance to a 60 minute session and I would end up having to back out at the last-minute. That would do my reputation damage so its best that I don’t take part. It has no reflection on my opinion of the book that is on tour.

I hadn’t really appreciated that the indie author world can be just incestuous as any other artistic genre. I was given a piece of advice earlier this year and that was to be a part of different circles, talk and interact with as many people as possible. I did that and it was great, I have got to know some of the most amazing people. I have met great people by randomly talking to other authors and readers. Some of those are now trusted allies in this little world I have.

Back to marketing, my marketing plan.

Well, I have no plans and don’t plan to aggressively market my books until I have just that, books, as in multiple more than four to be exact. It takes time, energy and focus to market a book and takes money too. If I did that for every book I released it would become my full-time job and I already have one of the those.

My working week is 53 hours a week (45 contracted the rest is cycling), I need to sleep which is roughly 56 hours a week. Now that leaves me roughly eight and a half hours a day left, that’s awesome. Oh wait, I have to eat and be sociable and get two hours of writing in a day too.

You get the picture, marketing for the indie author takes time. Time is precious and is gone within a blink of an eye. I want to use it wisely. I see other authors bombard my timeline with their book and then disappear for months and then they are back again bombarding my timeline with the same book.

From what I can see so far (I’m still new), the general formula that indie authors are doing the following:

Cover teaser (weeks long), cover reveal party, book teaser (months long), book launch (week-long), blog tour (two weeks long), photos with snippets (weeks long), then its on a knock down price sale within weeks, then they are pushing for reviews. Finally once that is all done, I don’t hear about them for months.

I am on nearly every social media site there is, Google+, tsu, ello, twitter, facebook, Pinterest, tumblr and also on Goodreads. Most people’s efforts are on Facebook and that is the main site that is giving people the most grief. I personally think its unwise to centre marketing efforts on one social media outlet, but that’s just me. All of my handles get equal messaging.

So, was all the time and energy authors put in, for people to buy the books or the read their work? I am not a fanfary (yes that’s a word) person, I will always be, here is the cover, ta da! And then, the book’s out folks, ta da!

I generalise I know but I have been studying it for six months, every day I am tracking what new authors are doing to see what is working. I’ll see their promotion and then track their Amazon ranking to see if its working. For most it doesn’t change an awful lot. So what is the successful formula?

So many are focused on ranking and I don’t understand this. One of my favourite authors, an author I would read without reading the blurb has never been in the top twenty of any ranking on Amazon or NYT until late last year and she has been writing and self publishing for three years. She has sold hundreds of thousands of books. You don’t know what she looks like, but she is successful in that she has a phenomenal amount of people who actually read her books. I know this because of the reviews and interaction she has with her readers. I see the star ratings on goodreads, not the value as in 4 & 5 stars but the quantity of people who have rated it. There are people who have been at numbers one on various rankings but the number of ratings are low in comparison. One have longevity and the other doesn’t. My fav author just keeps writing and publishing, there is two on pre-order now and I have already one clicked ready.

There isn’t one brilliant formula, I don’t think. I think it boils down to writing good books and accept that this is a long-term game. Next year, I plan on releasing four full novels under Grace Harper and a further eight short stories under Olivia Purley. My game plan is to market me rather than my books. This is my punt:

Hi, I’m Grace, I write steamy love stories with a twist, I also write under Olivia Purely and those stories are short quickies that will get you fidgeting in your seat and a warm blush on your cheeks.

There is one simple thing that any author can do and I swear by it and that is be consistent. Consistently present, consistently positive, consistently producing work. There are other qualities too, talk to everyone, not just your chosen clique. Discuss topics and not rant about topics, you’re a brand after all and a business. As ever I can only do what I am comfortable with but I don’t want to market my books for them to be simply sold, I want them to be read.

I like the authors that take your though their world of writing, there’s one in particular, I know where she is in the book writing process, sobbing in parts, laughing in others. Glaring at it because she can’t write another word and then when it’s finally released I can’t wait to read what she has poured her soul into writing. It’s a long tease but done in a human way, along the way we find out what her life is like to the pressures and dilemmas. She then becomes 3D not a robot who constantly says ‘buy my book’ this author is saying please read my book because I love it and you will too.

Ultimately I want my stories read and not simply bought, how I go about this I have yet to decide but for now, I write my weekly blog about what I am going through in any given week in my writer’s world, I am on social media to  chat and hope vainly that people will get a risk on a new author and read her heartfelt words.

4 thoughts on “Harper’s Harpings – Do I want my books read or bought?”