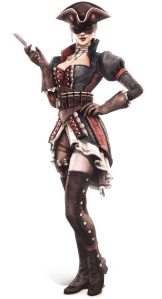 There is quite a high level of chatter on Facebook at the moment about pirating in the various forms that it comes in.

I’m indifferent, well I thought I was until this morning.

I developed a newborn philosophy a few years back after returning from India, only worry about the things you can change.  It helped a great deal in the following years, worry is damaging to physical health and mental health.

So I was of the opinion that people will always steal and then make a profit on it, fact of life, can’t change that.  It happens in music industry, film industry, I could go on for days listing where it happens. It’s no different from when you put your book available in the library, they buy one copy and then a whole load of people read it, same thing really.

So I did some research on my books and I don’t know what I was more outraged about, the fact that my slaved over words are on another person’s website, sitting there or that the counter at the bottom to tell you how many times it has been downloaded said zero.

I was more outraged that it said zero than the fact they stole my book, now that is an ego for you isn’t it.  I will skip along from that revelation.

So, now I am even more pissed off, I did more research and there are blogs and pages and downloadable guidelines about how to take a book from Amazon, iTunes, B&N and pretty much everywhere, strip it from its DRM and then upload it to your own site.  Don’t these people have any morals? Well clearly not, stupid question really.

They were proud about what they were doing, it makes my blood boil.  It doesn’t worry me because I can’t stop it but it does make me want to hunt them down, sit them on a chair tie them up and give them a good talking to.

So piracy is a fact of life but is there any point in worrying about it?