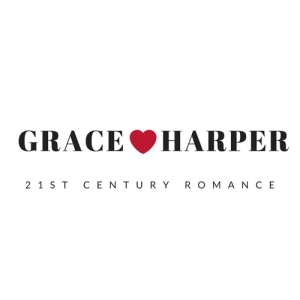 In CHARCOAL NOTES, Tara plays the piano. Growing up as an only child, she had the unwavering love of her two parents. They are physiologists, teaching Tara to observe those around her. She learned body language and to understand what people weren’t saying.
She thinks through everything that happens to her. She’s not a chatterbox. Instead, she plays the piano at Brighton Station most Saturday mornings to digest her week. This is the piano in real life. That is the bench that Alex comes along and sits down to listen to her play.
Amazon: mybook.to/CharcoalNotes
Kobo: https://bit.ly/2HMbzsx
iBooks: https://apple.co/2HsZHrV
B&N: https://bit.ly/2I0c5kw
Here is an excerpt

The six stories are set in the fictional town of Jackson’s Bay that only comes alive once a year. Ipris Magazine has its gala ball at the Imperial Estate on top of the cliffs, and this year they are celebrating 140 years of publication.
The town is basking in an usually long heat wave. Clothes are coming off, and inhibitions are being lost. We follow twenty-two people throughout the week leading up to the party. Secrets, revelations, ambitions and desires will come to the forefront. Will the men and women overcome inhibitions, stigma and blackmailers by the time they attend the Gala celebrations that will have over a thousand people in attendance?

The first book in the THIS LOVE trilogy tells the story of Erin Brodie and her struggle to come to terms with what she did that had far-reaching consequences. It is an epic tale of love, passion, and revenge.

Erin Brodie has tried to put her past behind her, but like every bad penny, they always turn up. She owns a music venue called Green’s. The venue only allows unsigned bands to perform so when Alexander Devlin the guitarist from the rock band Fragile writes a begging letter to perform their finale album, her interest is piqued.

Alex was there the night of her birthday all those years ago when she suffered a devastating loss and by coincidence, he crosses paths with her every year after that. Erin dismisses the coincidence, but her best friend Tara Adkins is convinced fate is throwing them together.

The group of friends Erin picks up along the way helps her hide from those who wish her harm. It doesn’t take long for her harasser to find her and make her life a misery once more.

The question is, will Alexander Devlin be there in time to save her?