Breaking Jane is releasing in six days and with this book I went with the pre-order service from Amazon and Smashwords. It was much easier that I expected especially with Smashwords new system of assetless preorders.

The preorder feature has been around for some time, it’s not a new thing. You can have a preorder sale button on your book up to six months in advice. This allows you to extensively promote your book or series. You don’t have to put a cover up, you can do that after your cover reveal. It is a marvellous marketing opportunity, so if it such a fab thing to do why haven’t I done this before?

Have you ever read an author’s plight that they have some really horrid reviews about editing etc and the author has said that the wrong manuscript had been uploaded? Well sometimes that’s a cover story and they hurriedly went and edited it again and uploaded a new one. However, in some cases this is a genuine issue. Previously on Smahswords if you wanted to go for the preorder service you were advised that to only do this when you have your completed manuscript to upload because they would send it off to their distributors straight away. Some authors ignored this advice and uploaded anyway, so on release day the customer who pre ordered at the point of the unedited manuscript got that version.

On Smashwords you can override any manuscript with a new one but it takes time to filter down to all the channels, thus having sub par stories out there. On Amazon you can upload and it will override and update within 12 hours but you then have to rely on the customer updating the book via internet to get the new version. Risky at holiday time because more often than not, customers will download a whole load of books for their holiday and not see internet.

Amazon still don’t recommend you upload anything but your final story, its good advice, you should take it to avoid those reviews that will never be deleted. Smashwords have introduced assetless preorders, which means all you have to do is upload a short synopsis, release date and a price. Simple and easy, no risk of the wrong words ending up on eReaders everywhere.

I was thrilled, so I did it with Breaking Jane, the rules are that you need to upload the manuscript 10 days before your set release date to allow distribution. The main contenders, iBooks, Kobo and B&N will have it available within 48 hours. You can move your date and the lovely people at Smashwords will send you a four-day reminder and a two-day reminder, if it is getting too close, then you can shift it by a day or two.

Amazon are pretty quick with uploading manuscripts so I uploaded Breaking Jane two days early and then Amazon at the same time. Both platforms approved my books on the same day.

Once this was done then I started my mini social media marketing campaign, a countdown to release day. I’m starting slowly with marketing, finding my feet.

I will tell you what I enjoy most about the preorder service and that is I can forget about it, no more constant refreshing to see if my book is live, I now know that it will be live on the proposed live date. I know this as I did a practice run in January for Charming Olivia.

If you’re a planner then preorder is the way to go, I will do it every time.

Here are the preorder links:

Breaking Jane is the third and final novel in the Geary Brothers Series.
Jane Spencer was a carefree spirit in the late 1970s where she lived with her sister Gale and their strict parents in the suburbs of Edinburgh. They were both academically smart and had a bright future ahead of them.

When Jane arranged a celebratory party to signal the end of the exams and the start of summer, she never would have organised it had she known what would happen that night.

Fate or luck, kept the Geary family and the Spencer family forever linked after that night. One moment of recklessness has a rippling effect for decades to come.

Secrets, lies and betrayal haunts the sisters, neither of them was the same after that night. The lies that were told wasted time, decades of misery followed.

Find out in the last novel how the secrets are revealed and how the lives of the Spencer and Geary family are changed once again. The story is set in the past as well as the present, where we see how Gale becomes a bitter woman and how Jane turns into a drunk.

Will the sisters ever find peace and love, will the secrets revealed destroy the happiness for one of the Geary brothers? 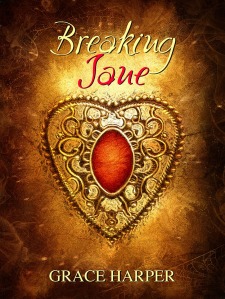 Grace Harper is a British author who loves to write about strong women and the friends and lovers who make them stronger. She adores writing steamy scenes of first encounters and there is always a little twist along the way. When Grace is not writing, she can be found mooching about in stationery stores, dreaming up tattoo designs or teasing her friends until everyone is in fits of giggles. Grace might have a Maltesers addiction but is not ready to stand up and own that just yet. If you want to get in touch, please do, Grace is pretty laid back and friendly. View all posts by Grace Harper