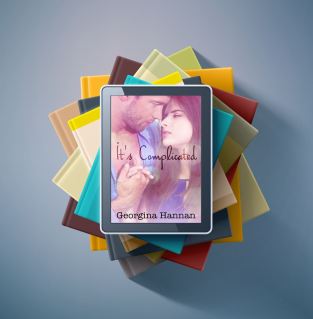 Starting
university and turning 18 are big things in a teenager’s life, but to have that
happen at the same time as losing the closest person Rachael’s ever had makes
things a whole lot more confusing. Her mother’s abandonment means she has no
choice but to start university and a new life with her Father’s best friend and
his two sons.
She’s
known them for years so why is it when Jake comes to pick her up she feels like
she’s seeing him for the first time?
Then
when Rachael’s old friends collide with her new life she has a fight on her
hands for love but is it one she’ll win? Is it one she really wants to win?
Can
love conquer all or will it turn out to be too complicated in the end? 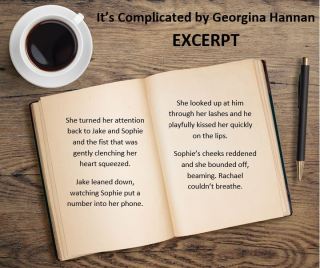 Georgina Hannan was lives by sea in West Sussex,
England.
She has always had a vivid
imagination and has been writing since she was thirteen years old.
She is a self-published author of
the Cursed Trilogy, and 3 other books and is a Project Manager for an IT
Company by day.
Georgina has always had a passion
for writing, however her pursuit began after a story assignment during school.
She finished her first story when she was fourteen and after lending it to
people to read she received good feedback. However at the time she wrote only
in notebooks and on paper and as a result that copy was lost. She is in the
long process of rewriting this story, which is now due for release on Wed 09th
March 2016.
Georgina’s inspirations and
imagination surprises even herself sometimes when story ideas fly in from every
direction. She definitely has a lot of books coming your way in the future.
She loves to hear from readers,
writers and publishers so please do get in touch with her.
Happy Reading!  🙂